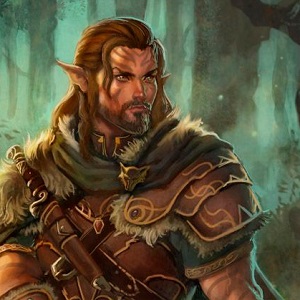 Ralo Drennak was raised in a chaotic life in Dimelivon, a life of indignity and poverty. In his home as he grew, his father often illegally poached and eventually raised Ralo to aid him, ingraining a high skill in marksmanship and an eye for small detail. As Ralo reached adulthood, he left his family behind in order to wipe his name clean and pursue a life that obeyed the law, finding work as a sellsword.

Ralo was hired by Dimelivon's royal consul to escort Jordel Merricksson to Reovere, the journey of which went about as poorly as Ralo could bear to accept payment for.